Susan Martinis is Vice Chancellor for Research & Innovation at the University of Illinois Urbana-Champaign, where she provides leadership for the campus-wide interdisciplinary research institutes, promotes new research initiatives, and oversees the administrative and business processes that ensure the safe, ethical, and productive conduct of research at Illinois.

Dr. Martinis, the Stephen G. Sligar Professor of Molecular and Cellular Biology, studies the mechanisms, evolution, and biomedical applications of protein synthesis and RNA-protein interactions. She is a successful researcher, engaged in entrepreneurial and corporate partnerships, a committed educator, and an experienced administrator.

Susan A. Martinis earned her B.S. from Washington State University (1985) and Ph.D. at the University of Illinois (1990). She then trained at the Massachusetts Institute of Technology as an American Cancer Society Postdoctoral Fellow. She was hired in 1993 at a start-up biotechnology company Cubist Pharmaceuticals as its 3rd employee. Dr. Martinis was awarded the company’s first U.S. patent and National Institutes of Health SBIR grant, before moving to academia at the University of Houston in 1997. Cubist Pharmaceuticals grew to over 600 people, developed the life-saving drug Cubicin, and was acquired in 2014 by Merck Pharmaceuticals. Dr. Martinis also contributed to delineating the mechanism of action for a novel lead antimicrobial drug (AN2690; Rock et al, Science) that was developed by Anacor Pharmaceuticals (acquired by Pfizer in 2016) and made commercially available as the anti-fungal Kerydin in 2014.

Dr. Martinis moved to the University of Illinois in 2005, and in 2009 was promoted to the rank of Professor, as well as appointed Head of the Dept. of Biochemistry and also Head of the Dept. of Medical Biochemistry. Professor Martinis was named a University Scholar, and in 2015 honored by appointment as the inaugural Stephen G. Sligar Endowed Professor in the School of Molecular and Cellular Biology. She is a member of the Center for Biophysics and Quantitative Biology and an Affiliate in the Dept. of Chemistry. In addition, she received a prestigious Fellowship from the University of Illinois to participate in the Committee on Institutional Cooperation’s (Big 10 Academic Alliance) Academic Leadership Program in 2011-12, as well as the University of Illinois System Presidential Executive Leadership Program in 2018-19. From 2014-15, Professor Martinis served as Interim Associate Dean over the Biological, Chemical, Mathematical, and Physical Sciences in the College of Liberal Arts and Sciences and subsequently returned to her position as Head of the Department of Biochemistry. After serving as the interim Vice Chancellor for Research for two years, in 2019, she was named Vice Chancellor for Research & Innovation.

Dr. Martinis contributed significantly to the founding of the Carle-Illinois College of Medicine, which offers a paradigm-shifting approach to teaching medicine that is engineering-based. She served on the initial curriculum committee, as well as the Search Committee that hired the College’s first dean. She was the Interim Director of Biomedical Sciences and Engineering on the Dean’s inaugural leadership team.

Professor Martinis’ research focuses on mechanisms, evolution, and biomedical applications of protein synthesis and RNA-protein interactions. Her investigations center on the family of aminoacyl-tRNA synthetases, in particular leucyl-tRNA synthetase, where she has made significant contributions for 30 years to understand quality control mechanisms, tRNA recognition, non-canonical roles in mitochondrial group I intron splicing, as well as novel activities of human enzymes. Her research program has been federally supported by the National Institutes of Health and the National Science Foundation. She has also received previous funding from the W.M. Keck Foundation, the Human Frontiers Science Program, The Robert A. Welch Foundation, the American Chemical Society Petroleum Research Fund, and the Texas Advanced Research Program. The goal of her current research team is to discover and characterize non-canonical activities of as many as twenty splice variants of mammalian leucyl-tRNA synthetases. Break-throughs in understanding the evolution of tRNA synthetase activities have the potential to redefine systems biology and yield innovative biomedical therapeutics.

Professor Martinis was elected to the Executive Committee of the APLU Council on Research and has served as President of the Association of Medical and Graduate Departments of Biochemistry (AMGDB) across North and Central America. She has served as an inaugural member of the National Institutes of Health Molecular Genetics A study section, as well as participated in Review Panels for the National Science Foundation. Dr. Martinis was an Editorial Board Member of the Journal of Biological Chemistry for five years. 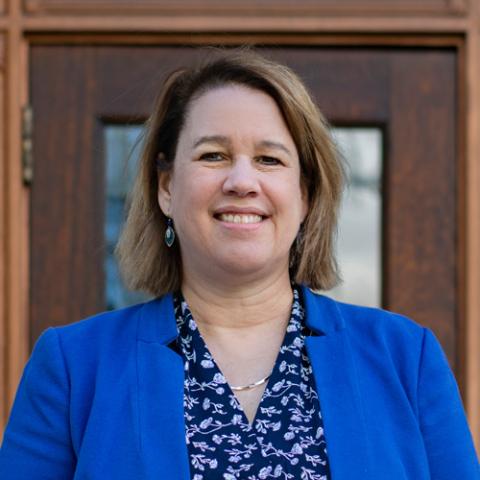